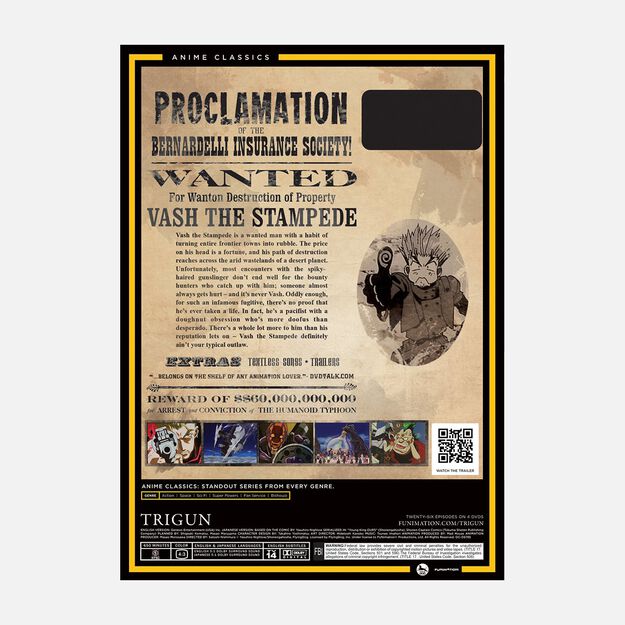 On a desert planet, Vash the Stampede is a wanted gunslinger. But there’s a lot more to Vash than his reputation lets on.

Vash the Stampede is a wanted gunslinger with a habit of turning entire towns into rubble. His path of destruction reaches across the wastelands of a desert planet. Oddly enough, for such an infamous outlaw, there’s no proof he’s ever taken a life. In fact, he’s a pacifist who’s more doofus than desperado. There’s definitely a whole lot more to Vash than his reputation lets on.